For our client, Microsoft Deutschland GmbH, we are looking for you as a Site Merchandiser. The EMEA-LATAM (Europe, Middle East and Africa – Latin America) Site Merchandising team encompasses a range of people from experienced professionals to recent graduates. The 15-person EMEA-LATAM Site team is spread over eight locations (London, Dublin, Munich, Paris, Madrid, Milan, Warsaw and Mexico City). The Site Merchandiser role also forms part of the DACH Digital Stores team which comprises a Digital Stores Lead and Product Marketing Manager,
The role is officially titled Site Merchandiser, but would be better known externally as an E-commerce Marketing Specialist.

Looking for your dream job? Orizon will assist you! With our individual advice and personal support, you will find the job that suits you best.
Orizon ranks among the ten largest HR service providers in Germany and is one of the market leaders for Germany’s medium-sized enterprises. Serving renowned companies, we hire out and place skilled workers and managers from all professional fields with renowned companies. Find your job with us! 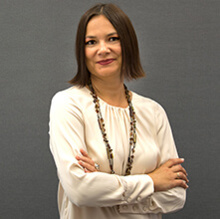